Together and apart: reflections on the shootings in Charleston

Last week I was in the intensely uncomfortable position of breaking the news about the shootings in Charleston to a number of people taking part in one of BayNVC Leadership Program’s retreats. While contemplating how to do it, I was painfully aware of the exquisite privilege of being able to choose to do it gently. Those who were in the church on June 17th, those in their families, and many communities in this country and around the world don’t have this privilege. For way too many people, violence is not something that happens to ‘other people’; it is always too near. For black people in this country, in particular, this is one more incident in a very long history of violence. 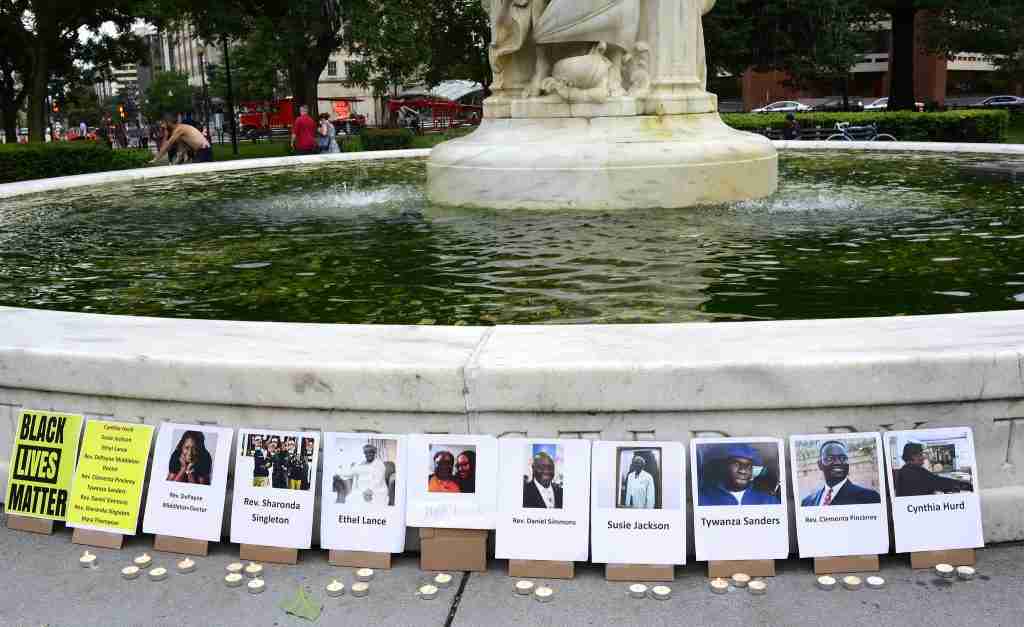 Many people who are inspired by the vision of a world that works for all and by the deep faith that all actions are attempts to meet human needs we all have in common are challenged by events such as this. On the one hand, we have the challenge of making sense of the acts of Dylann Roof, who killed nine people and injured a tenth after being with them, studying Bible together for an hour. How could we ever understand what leads a human being to do that? On the other hand, we have the challenge of remembering that what we have in common – our needs and humanity – is not all there is. We are also called to remember that we don’t all have the same circumstances; we are not all affected by events similarly; we don’t all have access to the essential resources for attending to our needs. How can we make sure that calling for love and unity will allow us to face rather than mask major differences in life experience?

How can those of us who are committed to living a life of love, courage, and truth respond to such events? What’s a way to maintain our own humanity, to act with care and integrity, and to maintain an open heart? How do we overcome the tendency of numbing out in helplessness and just carrying on with our lives leaving the mourning to those directly affected?

I don’t pretend to have any definitive answers. I only have my own humble explorations to offer, knowing all too well I cannot know the experience of African Americans in this country whose very basic safety is on the line. I can only start where I am, and I can only offer what makes sense to me as an individual, in the hopes that it may be of value to at least some of the thousands of people who receive the BayNVC bulletin.

Vision. In order to keep going at all, in times like this I lean heavily on the vision and faith that sustain all my work. I have seen enough miracles to know that the possibility of people coming together across differences and healing remains in the most unlikely circumstances. This faith of mine is nurtured by the amazing reality of forgiveness offered to Dylann Roof by the families of those killed. They point the way for all of us who are still struggling to embody our values. They show us what is humanly possible when we commit our hearts and minds so completely as they do.

Heartbreak. The pull to numb out, to hide from facing the horrors, is very close to me. I strive to replace it with an active commitment to open my heart to the pain. For me, it’s moments of grace, miracles of love, and communion around dignity that support me in being able to sink into grief. For others, it’s being in community that makes it possible to let themselves, in Rabbi Michael Lerner’s words, “say kaddish[[1]] and mourn for the slaughtered, but also for all those African Americans who fill up our prisons or who futilely seek employment and salaries sufficient to feed their families and those who have given up and are in despair, and the many African Americans who are asking themselves ‘If white folk come into our churches to murder us, where exactly are we supposed to feel safe?’” 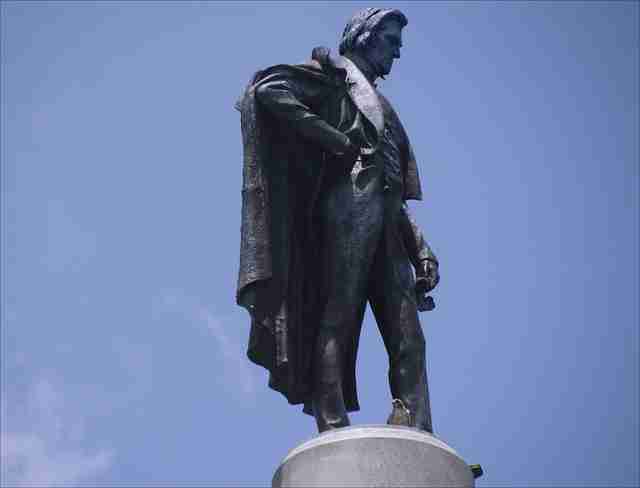 History and structures. While many, including Barack Obama, are linking this event to the controversy surrounding gun control, and others are hypnotized by a focus on an individual who is characterized, variously, as inhuman, deranged, or mentally ill, I am not satisfied. Dylann Roof is a product of a certain history and its continued existence in the structures of our society; he is not just a lone individual full of racial hatred, although he is clearly that, too. After the shooting of Michael Brown last year, I read an astonishing article called “The Demon in Darren Wilson’s Head“ by Thandeka, in which this brave African American UU Minister traces the historical roots of whiteness and racism in this country. One thing I want to keep doing, as an individual in this country with access to certain resources by virtue of the lightness of my skin, is to keep educating myself and those around me as often as I can about the fact that each of us lives within structures that are larger than our individual intentions and choices. For those who are less familiar with this history, Tim Wise’s short documentary film “White Like Me” provides an excellent introduction. 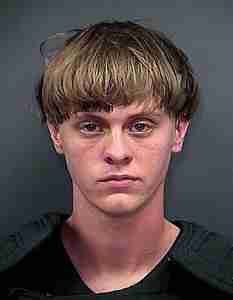 Humanizing. As far back as I can remember, I always wanted to understand everything. In this case, although the conditions that gave rise to Dylann’s action are structural – the continued presence of dehumanization and denigration of groups within society; the overall consequences of living in a violent culture; and so much more – he does remain an individual. Looking at his pictures as they appear on his “manifesto,” the suffering is so clear. What is the inner life, the emotional logic, of a man like Dylann? What could be so intense that would overcome the connection he shared for an hour with human beings? He was clearly aware of that connection because, as the Wikipedia entry says, “he reportedly told investigators he almost didn’t go through with his mission because members of the church study group had been so nice to him.” Although I will never know, I find thinking about all this to be immensely valuable and challenging in just the ways I want to be challenged as a human being.

Differences. In one of the conversations I was part of in the wake of these events, an African American woman said that she couldn’t see her own experience in the eyes of those with whom she was speaking, who were almost all white. A white woman then acknowledged that, indeed, the African America woman’s experience wasn’t reflected in her eyes. That moment felt hugely empathic to me, reminding me of what I am committing to in sorting through continuity and difference with others. I aim to make room for experiences different from my own; I aim to continue to increase my ability to hear others challenge structural privilege without being caught up in my desire to be seen as an individual; I aim to continue to learn all I can about the effects of privilege and lack thereof on different groups of people; I aim to take action to utilize my privilege to benefit all.

Action. One of the reasons one person cited for his going numb was the sense of helplessness. What can he do, he wondered; what would have any efficacy, especially given his position of privilege? Most people with privilege continue on with their lives despite caring, because they don’t know where to turn and what to do. And at the same time it’s so clear that in order to stop acts like Dylann’s; to shift the trend of police brutality; to reverse the acceleration of mass incarceration; and overall to transform the racial climate in this country, more than individual acts will be needed. For those of us whose lives are not so dramatically affected, let’s follow the lead of those whose lives are. We don’t have to invent the wheel; all we need to do, I learned recently, is follow the lead of BlackLivesMatter and the larger coalition called The Movement for Black Lives. You can read the statement they issued the day after the shootings, calling them “an undeniable act of terrorism intended to strike fear into the hearts of Black communities at a time when we have bravely stood together declaring that #BlackLivesMatter everywhere,” and putting forth the vision of “a world that values Black life.” They want our support and solidarity, so long as we resist the temptation to step into leadership and take charge. This is a time for us to listen, to follow, and to use our privilege in support of their actions and words. If you are of European descent, you can find, or host, events on the website for SURG – Showing up for Racial Justice – a new, and growing, organization specifically for white people working for racial justice.

In this painful moment in the bloody history of race relations in this country, I invite each of you who read this to take your own life seriously enough, wherever you are, to expand your heart and choose a response that is true and real for you. If you want to learn more about how NVC can support a deeper understanding and provide hope for transformation, you might want to consider joining the annual Nonviolent Leadership for Social Justice Retreat, July 19-26. And, if you want to be with others to mourn and explore your responses, we invite you to participate in a special call offered to our community on Thursday, July 2nd, 4 – 5:30 Pacific Time.

In mourning, solidarity, and hope,

[1] Jewish prayer of mourning for the deceased.

This site uses Akismet to reduce spam. Learn how your comment data is processed.