Seeing the Good in Others

There are many stories about Martin Luther King Jr. that remind us of his dream. There is one story in particular that stands out and reminds me to see the good in others. 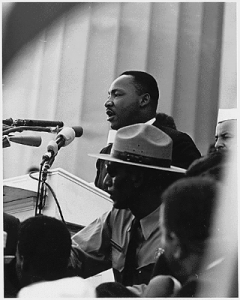 It is a story that goes back to when King was in a meeting with some team members. Bobby Kennedy had just become the U.S. attorney general. Many leaders of the civil rights movement were distraught.

Harry Belafonte, one leader at the time, described Bobby Kennedy as, “famously not interested in the civil rights movement.” He goes on to say, “We knew we were in deep trouble. We were crestfallen, in despair, talking to Martin [Luther King Jr.], moaning and groaning about the turn of events, when Dr. King slammed his hand down and ordered us to stop the [complaining]. ‘Enough of this,’ he said. ‘Is there nobody here who’s got something good to say about Bobby Kennedy? We said, ‘Martin, that’s what we’re telling ya! There is no one. There is nothing good to say about him. The guy’s an Irish Catholic conservative [expletive], he’s bad news.” (1)

Moving Beyond the Negative Images
There have probably been times in your life where you felt the same way about someone. You might have thought they were bad news and you only had bad things to say about them. As long as we stay in this type of thinking we will not be able to influence change or bring peace.

King understood the importance of seeing others as human beings worthy of contribution. He understood that creating negative images of others only blocks forward movement toward the goal of peace.

What King said to his team after they made their comments, shocked them. He said, “Well, then, let’s call this meeting to a close. We will re-adjourn when somebody has found one thing redeeming to say about Bobby Kennedy, because that, my friends, is the door through which our movement will pass.” (2)

Opening The Door To Change
King believed that the only way to influence Kennedy was to discover one redeeming quality that they could say about him. That one thing could lead them to opening a door to accomplish the change they desired.

What was discovered through all of this was that Bobby Kennedy was close to his bishop. The team worked with the bishop and were so successful that by the end, Belafante himself said, “there was no greater friend to the civil rights movement [than Bobby Kennedy]. There was no one we owed more of our progress to than that man.” (3)

By looking at the redeeming qualities in others we, too, can see their potential and beauty. We can see their humanity and not get stuck in only seeing negative images or labels that depict others as bad or evil. This act of seeing the positive qualities in others can be the road towards peace and collaboration. This is one of the many lessons that I have learned from King. I hope that it inspires you to see beyond negative labels and to see the potential in others.

Think of someone who comes to mind that you have a hard time getting along with and try to come up with one or more life enriching qualities that they have. Is it possible that this quality can lead to collaboration or peace? 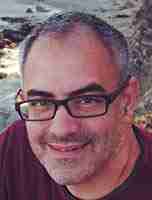 Eddie Zacapa is the founder of Life Enriching Communication, a certified trainer with The Center for Nonviolent Communication (CNVC) and the author of Essentials for Cultivating Passionate Volunteers and Leaders. This article is an excerpt of his up and coming book Principle and Practices Nonviolence: 30 Meditations for Practicing Compassion. Eddie has worked in the domestic violence field for 18 years. You can visit his website at www.ezacapa.com and his blog at www.harmonyoftheheart.com.