I am privileged to meet you.

That is a privilege.

You are acting from privilege.

One word – so many meanings, so many ways of using it. In the NVC community, this word has sparked years of ongoing debate. I share my current thoughts on the use of the word privilege with the hope that they contribute to an open-minded exploration that can help our network thrive and broaden our capacity to speak to the experiences of all those with whom we interact.

Privilege does have multiple definitions, which contributes to the confusion about how it is used. In discussions related to societal structures, I use the definitions offered by Merriam-Webster. Merriam-Webster’s Online Dictionary defines privilege as “a right or benefit that is given to some people and not to others” or “the advantage that wealthy and powerful people have over other people in a society.i”

Some people believe that we cannot talk about or say privilege and still be in alignment with NVC consciousness. They assert, “Privilege is a judgment.” They understand privilege to mean “something special that not everyone deserves,” which is a different meaning from those cited above that are often used by folks advocating for systemic equity. They worry that when we say privilege, we run the risk of alienating some folks, of stimulating pain or worry that they are being judged by those using the word. I hear repeatedly – show me how you can speak of privilege in a way that is not a judgment, that does not disconnect and divide people.

The reactions I’ve seen in those advocating against saying privilege span the range from mild disagreement to a deep, heartfelt opposition. And it’s true: the word, privilege, has been, and at times continues to be, used as an accusation and way of erasing our connection to people’s humanity. One person explained her rejection of the phrase by stating, “The Nazis used the story that Jews were privileged to justify the Holocaust.” I heard the depth of pain and fear underlying her rejection of anything that could have been used to justify such a horrific period of human history. I too experience deep despair when I think of the unimaginable harm groups of humans systemically inflict on other groups of humans that they deem different.

So, why do I choose to keep privilege in my vocabulary? Why don’t I let it go?

I believe language has power. Language has the power to point to, describe and define phenomena, and by doing so, to bring them to our awareness. Language does not create phenomena; it simply makes it possible for us to recognize something more clearly and talk about it. While language can certainly be used to add judgment and make a phenomenon worse, we need to be careful not to confuse the discomfort we experience when a phenomenon is brought to our attention with the language used to describe the phenomenon itself.

When I consider the definitions of privilege from the Merriam-Webster dictionary I cite above, I can think of many examples of how this word can be used to bring our attention to the challenges of inequitable distribution of resources in our world today. Here are a few:

“One privilege that residents of the US have had this year compared to residents of countries in the Global South is access to the COVID vaccine.”

“An artist recently described the incredible joy she experienced when she earned a large enough book sale advance that enabled her to finally access the privilege of owning hearing aids.”

“Some of us have never had the privilege of having enough food to eat to keep our bodies healthy.”

These are all examples of privileges that some of us enjoy in society while others don’t. By using privilege to refer to these things, we do not bring them into being. We are describing both the phenomena themselves (access to the vaccine, hearing aids, food) and the understanding that members of some groups have access to them while others do not. Privilege establishes a category of things and experiences to which access is restricted. We use categorical words all the time. We talk about needs – a category that describes, in NVC language, qualities that are essential and universal to human experience. Categorization is not inherently, unquestionably separating or problematic.

One benefit of categorization is that it can create shared reality and shortcuts to understanding for those who find it helpful. If I were talking to friends who are not part of my NVC community, it would not be helpful for me to talk about “needs.” They would be confused by the common language framing of needs as equivalent to a strong want, possibly leading to overconsumption, and not understand the essential qualities I’m intending to describe. But for an NVC friend, asking if they had unmet needs in relation to an experience would open the door to a deeply empathic conversation. I would not ban “needs” for everyone simply because a subset of people doesn’t use it in the way that I do.

The use of privilege to describe a category of experiences can be seen as equivalent to our use of needs to describe a set of values or qualities. For example, if I were to use privilege when talking to folks on the far right (a group whom some NVC folks have expressed concern would be excluded by this word), I might lose connection with them because some of them might conflate the word with a contemptuous judgment. However, if I were talking to a group of unemployed folks with whom I work and asked them if they mourn the loss of the many privileges they had when they were working, I would open the door for them to share the different losses they have experienced without access to a steady income and to define for themselves which ones were important for them to share. Just like with “needs,” I would want to use “privilege” in the settings and with the folks for whom it has meaning similar to the one I intend.

We can take any of these words that categorize experiences and view them from different perspectives. They can be “positive” or “negative,” “connecting” or “alienating,” depending on the speaker’s and listener’s evaluations of what that category defines, independently of what is actually being described. Within NVC circles, we’ve reclaimed the category of “needs” as a “positive, connecting” description of the qualities that motivate all human behavior. Within social change circles, many have also reclaimed “privilege” to describe the differing levels of access that exist to the resources our world offers.

I believe that for some of us, our resistance to saying privilege is due in part to a common logical fallacy: “Post hoc ergo propter hoc.” The Purdue Online Writing Library says, “This is a conclusion that assumes that if ‘A’ occurred after ‘B’ then ‘B’ must have caused ‘A.’ii” Going back to the despair shared by my colleague when she recalls how rhetoric about privilege was used to justify the Holocaust, we can see how someone might arrive at the conclusion, even subconsciously, “If the Holocaust occurred after people talked about the privilege some Jewish residents may have temporarily had, then the talk about privilege must have caused the Holocaust.”

Throughout modern human history, discussions about privilege and how to create equitable societies where everyone has access to resources that would help them thrive have been desperately needed. There have been times when people co-opted the language and discussions of privilege as a pretense to scapegoat a minority group – in the case of the Holocaust, Jewish people – and justify their own horrific racist policies. Exploring ways to prevent scapegoating and genocide will always be a priority and merits its own discussion. That exploration can take place separate from the necessary discussions about how resources in our communities are distributed.

We still need discussions about privilege and access to resources in our world today. Rather than fall for a fallacy that leads us to ban certain words because of a false sense of causation, I hope we can instead encourage an exploration of all use of language.

I believe exploring these questions is essential in order for our community to navigate the challenges before us. 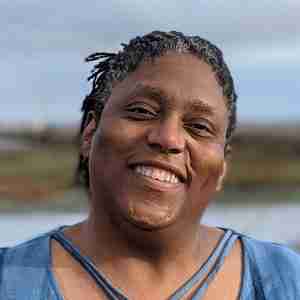 Roxy Manning is a Certified Trainer and Assessor with CNVC who works with organizations and individuals seeking to create more equitable social structures where we can all thrive. If you enjoy Roxy’s writing, sign up here to learn about her upcoming books and find out how you can reserve your copy and help bring them to press next year! Roxy will also share a second essay she’s writing on privilege when she shares news about the books with those who sign up.